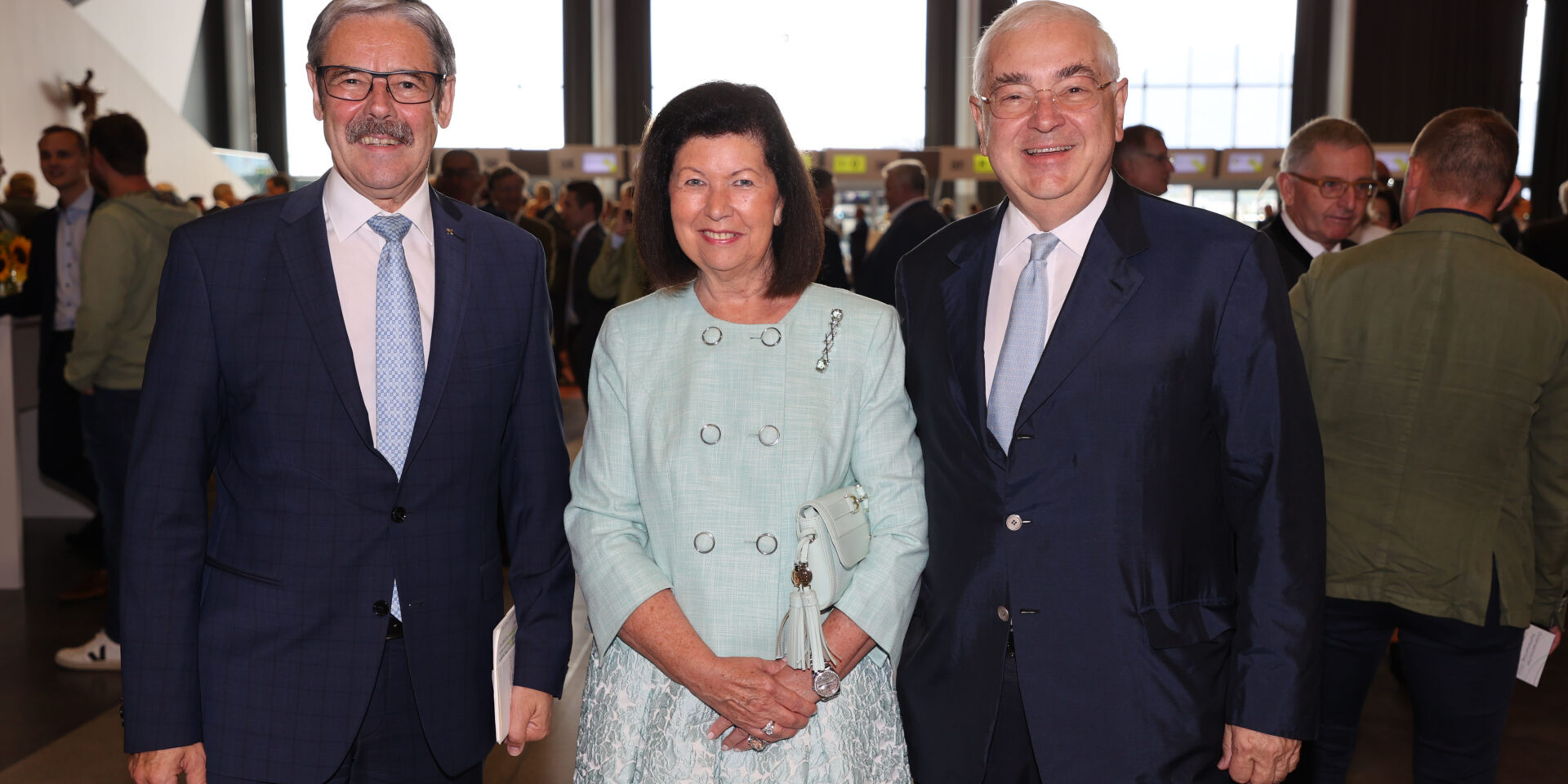 On June 30, 2022, the General Assembly of the Austrian Raiffeisen Association (ÖRV) unanimously elected Erwin Hameseder as the new Generalanwalt (Chairman) of the Austrian Raiffeisen Association. Hameseder succeeds former Generalanwalt and IRU Presidium Member Dr Walter Rothensteiner, who is retiring from this function after ten years. In addition to Hameseder, the new ÖRV Presidium consists of his three deputies Volkmar Angermeier, Chairman of the Supervisory Board of Raiffeisenlandesbank Oberösterreich, Franz Titschenbacher, Chairman of Raiffeisenverband Steiermark, and Reinhard Wolf, General Director of Raiffeisen Ware Austria.

On behalf of the members of the IRU – International Raiffeisen Union we warmly congratulate Mr Hameseder on his election as Chairman the Austrian Raiffeisen Association! We wish him all the best and much success for the important and challenging position.

In his inaugural speech Mr Hameseder emphasised the importance of the community and the individual for the Austrian Raiffeisen organisation:

“Especially in a time of rationalisation, centralisation and digitalisation, the individual and the community must be and remain the measure of all things at Raiffeisen.” 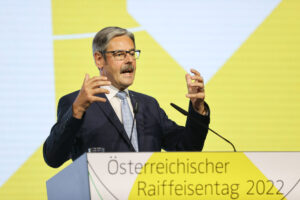 At the same time, Hameseder made the promise:

Moreover, Mr Hameseder highlighted sustainability in its economic, ecological and social dimension as a focus for the coming term of office: ”

Sustainability is an integral part of the DNA at Raiffeisen. Our horizon is broader than just the next balance sheet,”

explained Hameseder, who is vehemently committed to opening up Raiffeisen to young people and more women in cooperative management positions, wants to continue on this path in the ÖRV. 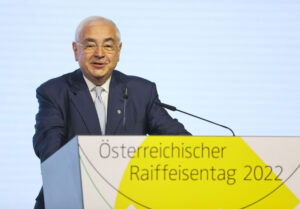 Mr Hameseder suceeds Dr Walter Rothensteiner who has also been a very esteemed IRU Presidium Member over the last 10 years. Dr Rothensteiner looks back on a career of almost 48 years at the Austrian Raiffeisen Organisation. More than two million people in Austria are in fact members of a Raiffeisen cooperative. They are all united by the conviction that you can achieve more together than alone. Mr Hameseder called Rothensteiner, with whom he has worked closely since 1987, a manager and banker with expertise, common sense and heart.

Mr Hameseder further emphasised that their

“long-standing friendly cooperation was and is characterised by the same values and unshakeable reliability. Walter Rothensteiner is a bridge builder, a master of consensual people management and a cooperative member as it is written in a book”, 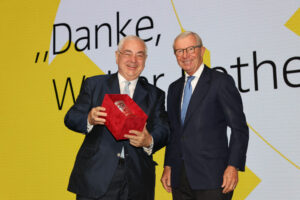 As a thanks for his many years of functionary work in the Raiffeisen Association, Chairman Hameseder honoured Walter Rothensteiner during the Raiffeisen Day with the highest award that the ÖRV can bestow: the golden Raiffeisen pin with diamonds

As a representative of the IRU, Secretary General Mr. Andreas Kappes also took part in the celebrations of the Raiffeisen Day of the ÖRV. In a joint conversation, he thanked Mr Rothensteiner warmly for the strong commitment that he and the ÖRV, as a founding member of the IRU, have given to the IRU as a whole.

Further informationas well as the interview with the new Generalanwalt (Chairman) and photos and videos of Raiffeisen Day 2022 of the ÖRV are available here.