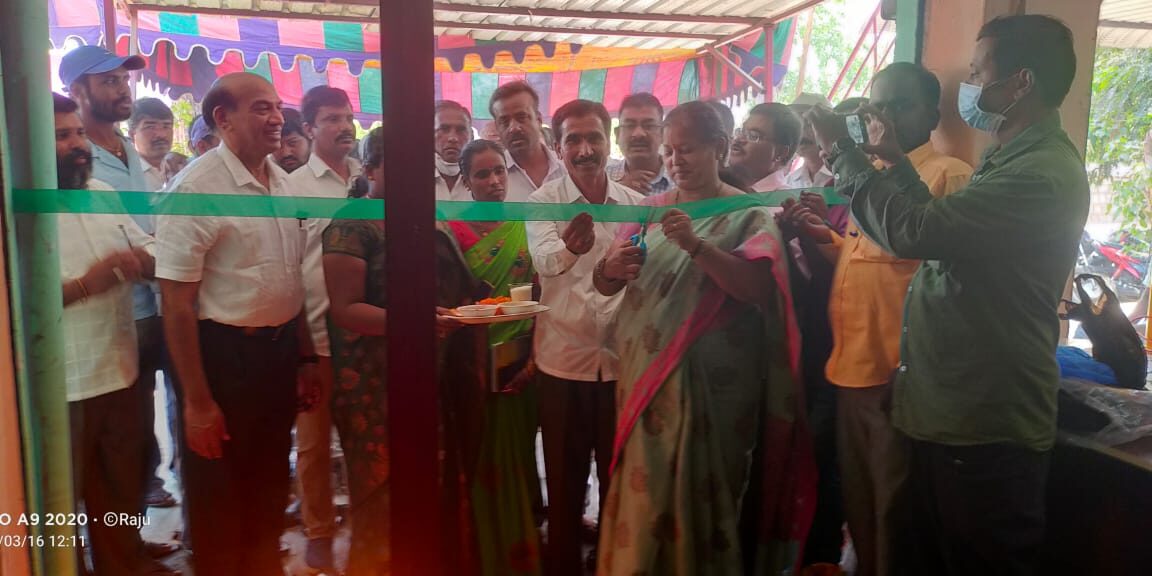 On March 16, 2022, India’s first Raiffeisen Markt was ceremoniously opened in the state of Telangana. The market offers a local one-stop solution for agricultural inputs and services for the members of the producer organisations and their association.
The Raiffeisen market serves as a lighthouse project implemented as part of the cooperative development cooperation of the IRU Member DGRV – German Cooperative and Raiffeisen Confederation and its International Relations Department (AIB).
The implementation of the project, which has been taking place since the beginning of 2021, was possible thanks to the funding from the GESTE Foundation of the Baden-Württemberg Cooperative Association (BWGV).

In addition to around 75 participants, consisting of representatives of the affiliated federation, the agricultural member groups and various authorities of the provincial government, AIB Deputy Head of Department Steffen Müller, IRU Coordinator Korbinian März and colleagues from the Indian implementing partner APMAS also took part as representatives of the DGRV and the IRU respectively.

On behalf of the GESTE Foundation and the DGRV, Mr Müller thanked the federation, its members and APMAS for their pioneering role in setting up the market. Mr Müller emphasised that the lettering “Raiffeisen”, visible from afar on many buildings, vehicles and products throughout Germany, has a threefold meaning: it refers to a person, an idea and an organisation. He highlighted that its good to see that a “piece of “Raiffeisen” has been exported and can now work for the benefit of the members”.

Mr. März also emphasised the historical importance of Raiffeisen and the Raiffeisen markets with regard to the cooperative system in Germany. The advantages of such cooperatively organised and regionally oriented support became very clear in the course of the COVID-19 pandemic as many FPOs suffered massive economic setbacks due to the temporary loss of supply chains. They could no longer obtain inputs and distribute goods on the local markets, he argued. It is therefore of utmost importance that this first local one-stop solution for the daily needs has been realised. 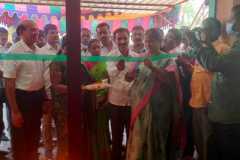 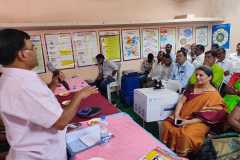 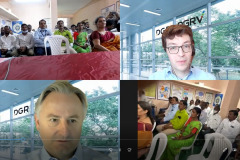 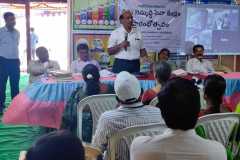 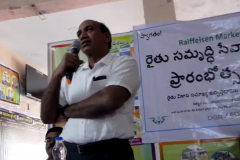 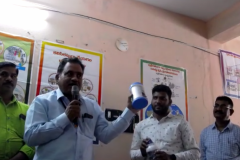 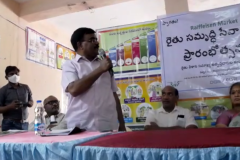 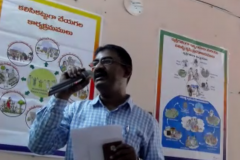 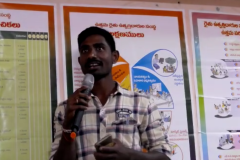 A Raiffeisen Market based on the German model

Around 1850, Friedrich Wilhelm Raiffeisen founded the so-called “Hülfsverein zur Unterstützung unbemittelter Landwirte”. The aim was to provide targeted support to the numerous indebted farmers who found themselves unable to maintain their livestock farming. This very first Raiffeisen market procured suitable livestock for the farmers, but they were only supposed to pay for it when their plight had eased. In the course of time, more and more purchasing, sales and commodity cooperatives came into being that wanted to offer their members appropriate services, initially mainly in the agricultural sector. The aim was to minimise the distance and expense for the farmer and at the same time to create an identification with the cooperative. Today, numerous commodity cooperatives offer a wide range of products and services from the agricultural sector in the form of the Raiffeisen markets they operate. These include, for example, seeds, grain, animal feed, livestock trade, fertilisers and pesticides as well as agricultural technology.

The advantages of such cooperatively organised and regionally oriented support were clearly demonstrated in the course of the COVID-19 pandemic in India. This is because agriculture in particular and the numerous, partly informal, cooperative structures such as the SHGs and the FPOs suffered massive economic setbacks due to the temporary loss of supply chains. They could no longer obtain inputs and distribute goods on local markets. Even before this, the large number of small and micro farmers, especially in rural areas, had hardly any access to agricultural commodities, inputs, equipment and machinery through wholesale markets, for example. Ultimately, this fact meant low productivity, high cultivation costs and restrictions on the use of modern farming methods for those affected.

To counteract this, GESTE Foundation, APMAS and DGRV sought a centralised approach that would enable members of FPOs to make daily necessities available promptly and financially affordable. An advisory service on topics such as fertiliser or pesticide use was to complete the offer. The solution: a Raiffeisen market based on the German model. The Raiffeisen Market now been opened serves the current 13 member FPOs, each with an average of 300 members, within a radius of about 30 km. The market is docked to the Jangaon FPO Federation, which is already being supported as part of the DGRV’s cooperative development project in India. The federation and thus the member FPOs with their approximately 3,000 members own and manage the Raiffeisen Market as a hub for the procurement of agricultural commodities.

The DGRV itself has been active in the Indian states of Telangana and Andhra Pradesh since 2007. In this context, DGRV has been working closely with the Indian non-governmental organisation APMAS as an implementing partner since 2008, initially in capacity building and the development of federations for self-help groups. Since 2018, Farmer Producer Organisations (FPOs) have been the focus of the DGRV’s cooperative development work in India. Here too, capacity-building measures and targeted coaching are used to strengthen individual groups and to develop cooperative federation pilots. This Jangaon Federation has already been supported since 2018 through training and coaching in the areas of cooperative auditing, internal control mechanisms, good governance, accounting, bookkeeping, and cooperative principles and values.