Kick-off event for the Raiffeisen Year 2018 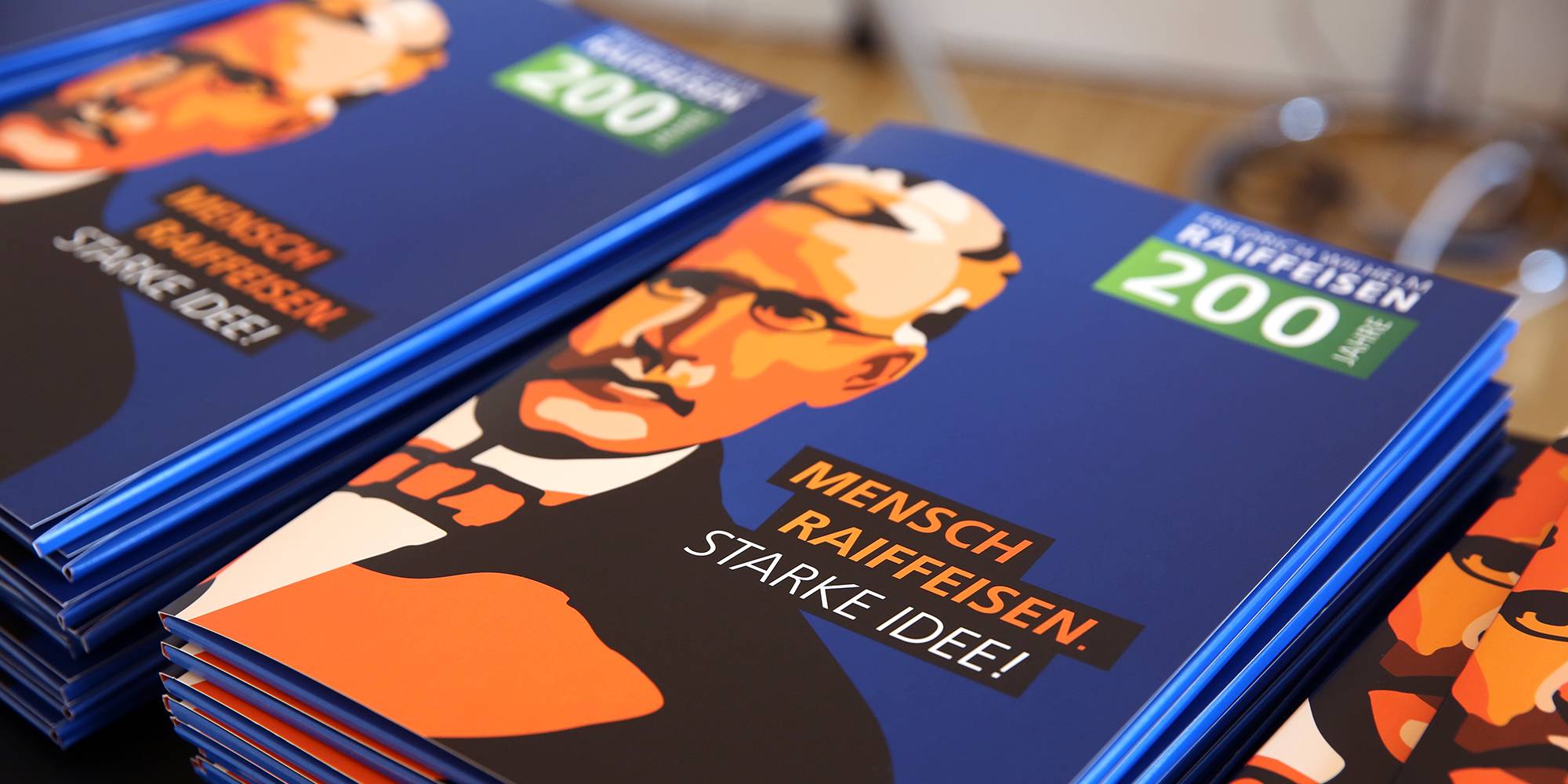 On 30th March 2018, Friedrich Wilhelm Raiffeisen’s birthday will be celebrated for the 200th time. Just one year before, representatives from industry, politics and society met at Neuwied for a “Jour fixe with Raiffeisen” in preparation for the anniversary year.

“Raiffeisen. Great idea!” –  Under this motto, the cooperative world started the Raiffeisen Year 2018 in Neuwied, where the reformist was working at last (1818-1888). The Volks- und Raiffeisenbank Neuwied-Linz eG was hosting the event.

“Friedrich Wilhelm Raiffeisen has long been slightly in the shadow of other German reformers,” said Werner Böhnke, Chairman of the German-Friedrich-Wilhelm-Raiffeisen-Society. “His vision was to make a lasting improvement to people’s lives. With the cooperative idea he succeeded in an excellent way. Today, more than 800 million people worldwide are members of a cooperative.”

In the Raiffeisen Year 2018, it is not only intended to recall the man and his work, but also to promote an idea that provides answers to many current questions. These include the handling of the financial crisis, the lack of affordable housing, the expansion of renewable energies and solutions for an ageing society. The participants took the event as an opportunity to concentrate their forces and to agree once again on common goals for business and society, as they had already done in the Westerwalde Declaration published in January. Because Raiffeisen’s guiding principle – “What can´t be done alone, can be done together.” – also applies to the power and the success of the campaign.

The newly designed website www.raiffeisen2018.de was also presented during the event. It shows examples of successful cooperatives from various sectors. The online performance also tells the story of Raiffeisen’s life and introduces the campaign, which will lead by a diverse program through the Jubilee Year 2018.