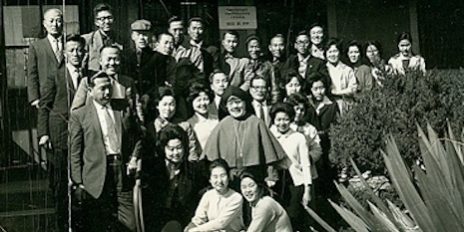 It is a great pleasure and honour for the IRU – International Raiffeisen Union to congratulate our long-time member NACUFOK – National Credit Union Federation of South Korea on its 60th anniversary!

Over the past 60 years, South Korea has without doubt achieved remarkable economic growth and success. After the South Korean War, the country transformed itself into a wealthy and highly developed nation which is today considered as a global role model for economic development. It is frequently assumed that especially prominent multinational conglomerates like Samsung, LG and Hyundai-Kia have been the engines for this remarkable success. However, it is much less known that the contribution of the credit union movement with its overarching association body NACUFOK – National Credit Union Federation of South Korea significantly contributed to the economic and social success of the country.

How did it all begin? 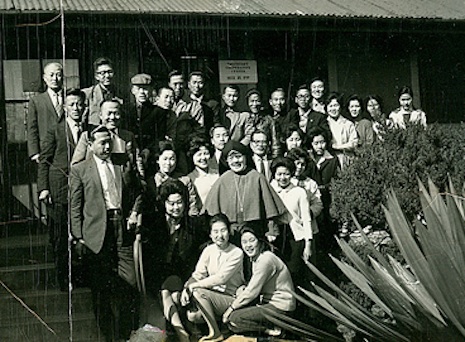 Sister Mary Gabriella Mulherin together with 27 employees setting up the Holy Family Credit Union in Busan, as the first credit cooperative in the country. Source: https://www.ucanews.com/news/using-faith-to-secure-prosperity/67062

The success story of South Korea’s credit unions began in the 1960s during a time, when access to official financial institutions like banks was very limited for lower income groups who lacked property and good credit records. These groups mostly depended on private loans with enormous annual interest rates of up to 40 %. It was a Catholic nun, who deeply cared about the poor driven even more into poverty by money lenders, who launched the first credit union in South Korea in May 1960 together with 27 employees of the catholic hospital in Busan. The set-up of this so-called Holy Family Credit Union was supported by father Chang Dae-ik who founded the Catholic Central Credit Union in Seoul in June. Both cooperative structures founded based on the maxims of self-help, cooperation and independency – guidelines which are still premises for today’s cooperatives in South Korea – rapidly gained attention and set the South Korean credit union movement in motion. It was due to the high success of this movement that father Chang decided in 1964 that an overarching body was needed and formed the Korea Credit Union League (KCUL), a trade association which started with 63 member credit unions. In 1972, the movement became a regulatory framework with the promulgation of the South Korean Credit Union Act. The credit unions and their association were now able to establish legal entities, thereby setting the stage for further development. And it was in March 1973, that KCUL became the National Credit Union Federation of South Korea (NACUFOK). Only one year later, NACUFOK, seeing itself as part of the Raiffeisen movement, joined the IRU – International Raiffeisen Union in May 1974.

Today, NACUFOK unites 888 credit cooperatives with more than 6 million members. It is the economically largest cooperative financial group in Asia. “The credit cooperatives are a reliable partner for small and medium-sized enterprises in our country”, says Kim Yun-sik, President of NACUFOK and Board member of the IRU. NACUFOK and affiliated credit cooperatives offer their members numerous classic financial services – from loans and insurances to the liquidity equalisation between banks. But it is above all its unique social characteristics tailored to the individual member that explain the success. 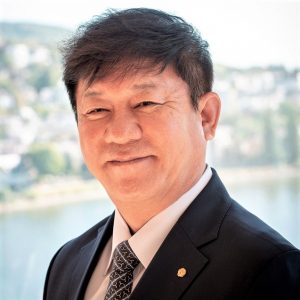 Mr Kim Yun-sik, Chair & President of NACUFOK and Board member of the IRU

However, it is not only about mere economic promotion President Kim emphasizes: “Our actions are guided by our members. However, we are not only looking for economic advantage, we also aim for mutual trust, respect and social cooperation”. Considering this, NACUFOK and the credit union movement have always been a bottom-up social movement led by the idea of mutual help.

Moreover, training and education have been emphasized from the beginning. For this purpose, NACUFOK initiated in the 1980ies the Credit Union Training Center with the help from the German foundation Konrad Adenauer Stiftung. The center today offers a wide range of trainings and courses to educate members and employees as financial specialists and thereby serving as a human capital source. 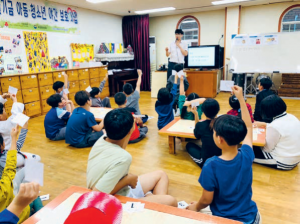 Childcare is also organised by NACUFOK.

Additionally, the movement also contributed to the diffusion of democracy throughout South Korea as these cooperatives enabled their members to enjoy equal voting rights and to participate in all major decision making processes.

And finally the promotion of the members and affiliated communities is in the focus of South Korean cooperatives until today. Therefore, President Kim accentuates that “where the money is earned, it should also benefit the community”. In doing so, the cooperatives are investing up to one third of their profits into social welfare and regional community projects instead of paying it out as dividends. The support is considerable, ranging from care for the elderly and children, individual guidance in money matters or measures against youth unemployment to the preservation of the traditional paper production Hanji.

The fact that the promotion of members and the community are also in the centre of attention in times of the Corona pandemic soon became apparent in South Korea. And cooperatives have been at the forefront of efforts to support local communities against the COVID-19 crisis. From providing masks and free meals to continuing to stock up shelves, cooperatives have been showing how they can make a difference in their local communities.

IRU is proud to have NACUFOK as a long-time member and supporter of the Raiffeisen Movement aboard and thanks President Kim Yun-sik, who is serving as a Board member of the IRU, for his continuous strong support!

We wish President Kim Yun-sik and NACUFOK a successful and blessed future!